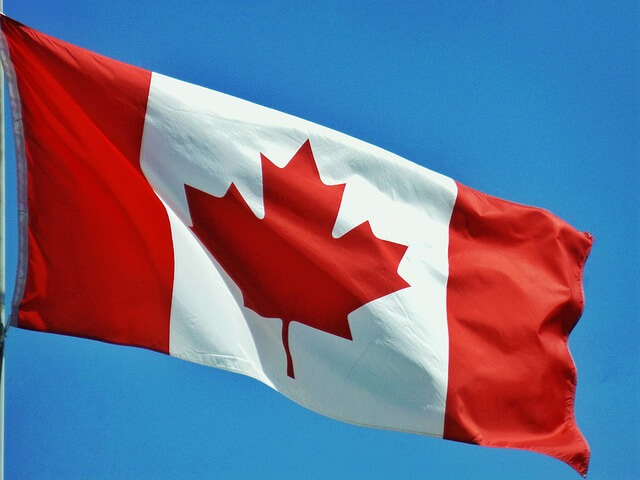 Derbali’s proximity to the gunman allowed him to shield others from the gunfire. He hoped that this act of bravery would help the gunman waste his bullets until the police arrived. The attack left the 41-year-old father of three paralysed. One bullet severed his spinal cord at the C8 spinal nerve.

His body was so riddled with bullets that doctors were unable to perform an MRI. Fearing that he would not survive, they offered his wife Nedra Zahouani a chance to pull the plug, an offer she refused. She stayed at her husband’s side throughout his two-month medically induced coma.

A crowdfunding effort to help the family buy a new home with the mobility adaptations needed stands at C$327,596 with 12 days remaining. The family has so far received $150,000 in other private donations and from the government’s victim compensation fund.

The tragic events of that evening, however, do not end there, as the attack on the mosque left six dead and 19 injured. It robbed 17 children of their fathers.

Family members have since agreed to share photos of their loved ones as friends and family share happier memories.

Khadija Thabti, who lost her husband Aboubaker, spoke of how the attack has left them with a ‘big void’ to fill. She is still unable to part with his belongings, according to the Globe and Mail.

The sole suspect, Alexandre Bissonette, 28, is due to stand trial in March, accused of six counts of murder, and five counts of attempted murder.

Days after the shooting, Canada’s PM Justin Trudeau told parliament: “Make no mistake – this was a terrorist attack.”

The far-right continued to push conspiracy theories about the attack despite media corrections to earlier reporting.

The shooting created an outpouring of solidarity with Muslims in Canada and forced some into the painful act of collective self-reflection, shattering what some felt defined Canadian identity. As PM Trudeau stated, this act of terror was an affront to the Canadian ideals of ‘openness, diversity, and freedom of religion,’ in a country where mass shootings are a rarity compared to its nearest neighbour.

Commemorations for the one year anniversary of the shooting will take place across the province and in other parts of Canada.

An anniversary vigil will occur at Notre-Dame-de-Foy church, 820 Du Chanoine Martin Street which is close to the sight of the attack. A survivor of the attack and a widow are expected to speak. Senior politicians from across Quebec and PM Trudeau are expected to attend.

The location is close to where hundreds of Canadians marched in solidarity to condemn the terror attack last February. A day after the shootings, thousands took to the streets to condemn the anti-Muslim violence.

A multi-faith event on Sunday heard from the co-founder of the Quebec City Islamic Cultural Centre, Boufeldja Benabdallah, who pleaded for an end to violence and terror. The event brought together friends and family of those affected in the shooting. It also included a First Nations poem, a Jewish chant, Muslim prayers, a performance from a Catholic bishop, and a hymn performed by an Anglican quartet. It ended with a rendition of Leonard Cohen’s classic song ‘Hallelujah’ which replaced that word with ‘Alhamdulillah’ (Praise be to God).

Bruce Myers, bishop of the Anglican diocese of Quebec, has described how efforts to build relations with Muslims in Quebec following the terror attack, has been an ongoing process.

A documentary which captures the aftermath of the attack has recently screened in Canada. The trailer is now on YouTube. 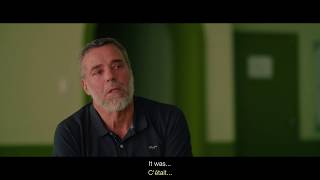 Some Muslims, however, have expressed some doubts about how far such acts of solidarity will endure, given the prevalence of anti-Muslim attitudes among sections the Canadian public, among individual acts of racial violence or abuse.

Stéphane Leman-Langlois, a professor of criminology at Université Laval in Quebec City, told the Toronto Star, that some Canadians also felt emboldened in their attitudes towards Muslims despite condemning the violence.

CBC News found that for many Muslims in Quebec, they continue to navigate daily forms of racism and more overt forms of anti-Muslim abuse. Many, understandably, express a fear of personal safety.

Hate mail sent to the mosque continues to occur, according to its president, Mohamed Labidi.

Others fear that politicians have not learnt to tone down their rhetoric, especially around issues that concern immigration and Islam. Days before residents in the Quebec town of  Saint-Apollinaire vote on a Muslim cemetery, a defaced copy of the Qur’an and a note suggesting they use a pig farm for their cemetery, was sent to the Quebec City Islamic Cultural Centre, months after the shooting. Arsonists targeted Mohamed Labidi’s car hours after news of the land sale was confirmed.

There was a rise in anti-Muslim hate crimes against Muslims and Islamic institutions in Quebec City last year. Per Quebec City Police Chief Robert Pigeon, there were 71 recorded hate incidents in the Quebec City area, of that figure, 42 targeted Muslims, up from 21 the previous year. Despite the rise in hate crime, Quebec City lacks a dedicated hate crimes unit.

Across Canada, more broadly, anti-Muslim hate crimes increased by 253 per cent between 2011 and 2015, according to Statistics Canada.

Laws passed to ban the wearing of face veils (niqab or burqa) when giving or receiving public services has been partly suspended in parts of Quebec. But the fierce political debate has had lingering consequences for Muslim women.

Other Muslims have spoken about the employment discrimination they face in Quebec City.

In broader terms, a 2011 study found that the unemployment rates for Muslims stood at 14.8 per cent against a national average of 7.8 per cent, despite many Muslims attaining greater levels of education. In 2016, a poll of Muslims in Canada found that women (42 per cent) were more likely to express that they had faced discrimination than men (27 per cent). A survey of Muslims in Calgary pointed to similar results and a feeling that anti-Muslim discrimination is on the rise. Despite the problems identified in the survey, many Muslims expressed pride in their Canadian identities.

The ‘daily’ attitudinal forms of discrimination amid its institutionalised forms continue to impact on the wellbeing of some Muslims in Canada.

Despite the problems, some also see kernels of hope where they hope that such commemorations will instil a desire in some to continue to push for a more inclusive Canada.