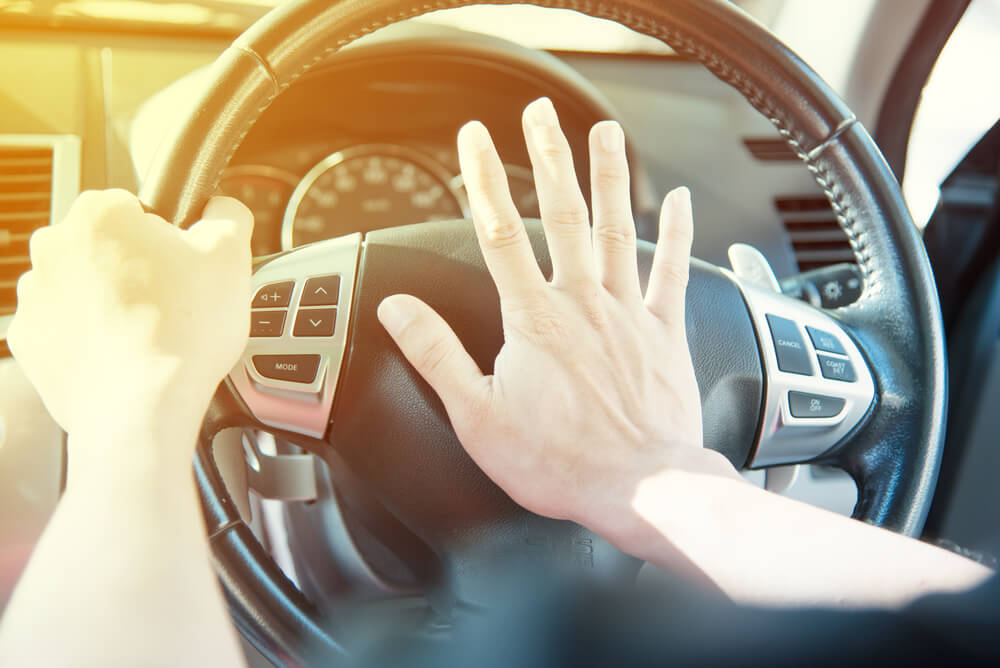 A racist driver spat at and shouted “f****** P*** sl*t” at a Muslim woman who wears the hijab when at a set of traffic lights in central London.

Speaking to Tell MAMA, and wishing to remain anonymous, the woman described how the hostility from the driver began before the racist and misogynistic abuse took place, stating that the male driver had swerved towards her vehicle, shouting obscenities at her, before overtaking her on repeated occasions.

The racist incident occurred on the afternoon of October 8.

She felt that the man was following them, adding to her anxiety as her young child was also present and that when he directed his spit, her window had been open.

After expressing frustration at the time taken to report the Islamophobic hate crime to the Metropolitan Police on 101, Tell MAMA made a report on her behalf, and an investigation is ongoing.

She described the perpetrator as a bearded white male in his mid-to-late fifties who drove a white Mercedes van.

Tell MAMA has long-documented the intersection between anti-Muslim hatred, Islamophobia, and misogyny, in news articles and research reports, that also connect racialised and gendered stereotypes about the religious identities of Muslim women.

In the first six months of 2019, 5 per cent of verified reports to Tell MAMA took place on roads or highways.

The latest Home Office bulletin on hate crime in England and Wales reveals a sharp rise in racist hate crime, accounting for 72 per cent of offences, up 6 per cent on the previous recording cycle.

The bulletin noted, “The increases seen in June and July 2020 were likely to be related to the Black Lives Matters protests and far-right groups counter-protests.”

Religious hate crime fell by 6 per cent, but the bulletin excludes data from Greater Manchester Police and Nottinghamshire Police. Of the figures available, half of the religiously aggravated offences (against the perceived targeted faith group) targeted Muslims (3,089), as almost one-in-five offences targeted Jewish people (1,205), with 7 per cent of offences targeting those of ‘Other’ faith, as 3 per cent (202 incidents) targeted Sikh communities.