“Look at your headscarf,” Muslim woman abused and assaulted by a group of young women

A Muslim woman had her hijab pulled in a targeted assault after walking past a group of young women who were stood outside of out of a youth centre in East London.

Tell MAMA can reveal that the assault involved anti-Muslim and Islamophobic language, including comments like “look at your headscarf”, “f**king Muslim”, and “stupid Muslim”.

To protect her identity, we are withholding the exact location of the incident, but we can reveal that the Metropolitan Police hate crime investigation is ongoing.

She informed Tell MAMA that on the evening of January 13, after leaving work, amid cigarette smoke emanating from the young women she passed and gusty winds and drizzling rain, the hood from her coat had been blown down, revealing her hijab, which is when one of the young women rushed towards her and slapped the back of her head.

The Muslim woman was then punched, slapped in the face, and had her hijab pulled, and she was only able to retrieve her mobile phone after a prolonged struggle.

She also complained about the staff at the youth centre who did not contact the police when the assault occurred, adding that she had faced abuse before when walking past the centre from work. 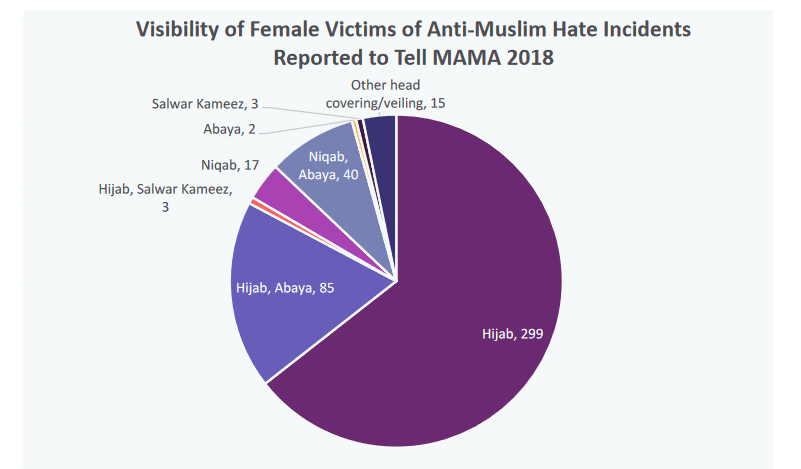 Consistent with previous reports verified reports to Tell MAMA in 2018 revealed that, from the 925 victims where information was available, 44 per cent wore the hijab or other veiling practice (n=401), not including the niqab, which itself, accounted for 6 per cent of cases reported to the service.