“No Islam” graffiti in Sutton Park under investigation 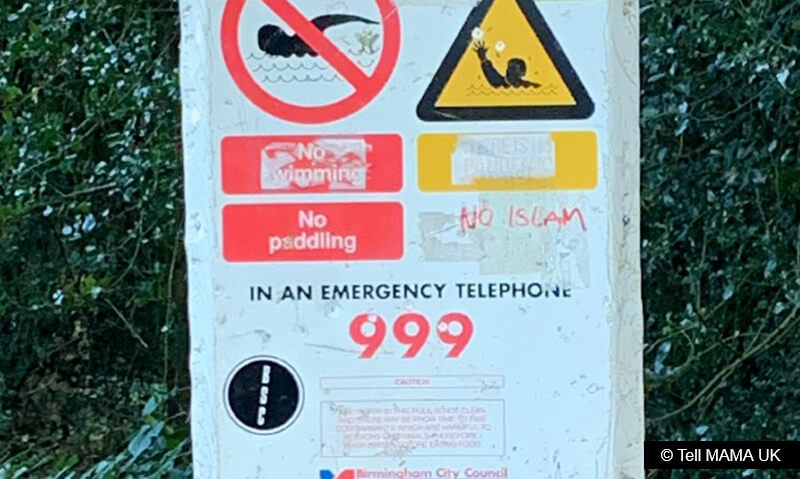 West Midlands Police and Birmingham City Council have been alerted to anti-Muslim and Islamophobic graffiti scrawled on a sign in Sutton Park.

The graffiti, which reads “No Islam”, appears on a sign warning the public against swimming in a body of water in the park, which a Muslim family spotted when following a trial walk recently. 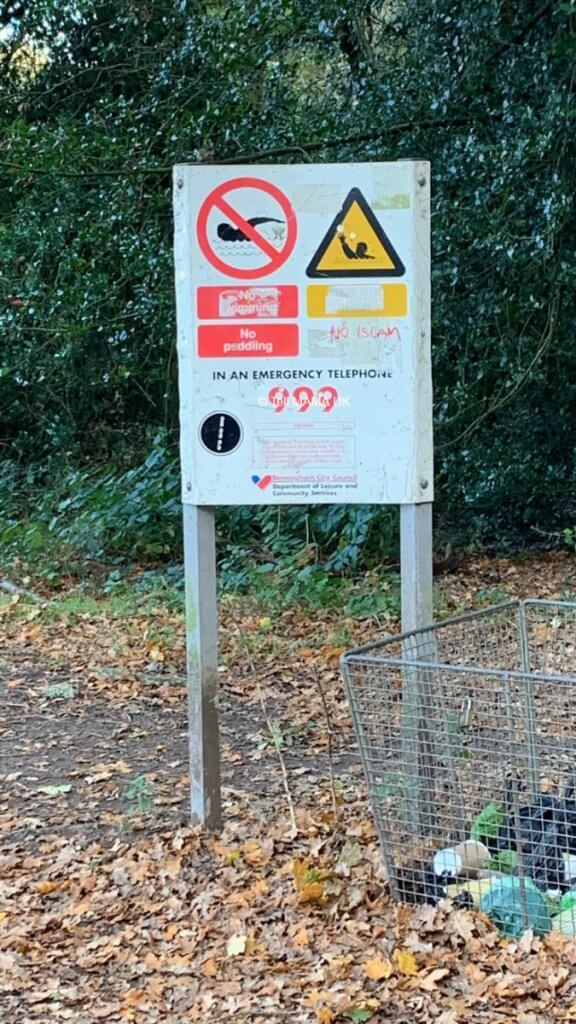 The Muslim family who spotted the graffiti shared their photo with us to raise awareness.

Tell MAMA has since flagged it with the local council and the police, and the family consented for us to use a photograph of the graffiti to raise awareness whilst protecting their anonymity.

We remind the public that anyone can report racist, harmful, and hateful graffiti – wherever it appears (including lampposts, bins, benches, signs, or public buildings).

The government’s Gov.uk website simplifies the process and locates the appropriate council by inputting the postcode information.

The Birmingham City Council website, in this example, states: “We remove graffiti from subways and recycling sites around Birmingham as quickly as possible. If the graffiti is racist or offensive we aim to remove it within 1 working day.”

In recent years, we have highlighted other examples of such graffiti – including on public buildings, walls, and in one example, a vehicle.

It remains unclear when the graffiti appeared, as the sign also shows signs of recent targeting with anti-vaccine and Covid-19 denial propaganda stickers since removed.

Where possible, we will provide updates on the matter in due course.