Racist rants about Taliban and terrorism after sitting behind Muslim family 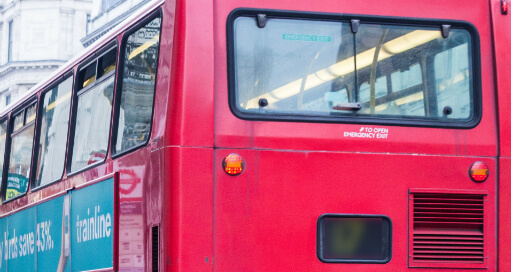 A Muslim family described how a couple had sat behind them on a bus in the Southwark area and loudly discussed the Taliban and other “Islamic terrorists” in a manner intended to provoke a response.

The family, who are South Asian, and the women present wear hijabs, overhead a white male also loudly describe how Osama Bin Laden and Saddam Hussein were “Islamic terrorists” in a prolonged rant. He also ranted about how, “we went over there, we killed the Taliban before, but now they’re back we’re gonna have to go again.”

Speaking to Tell MAMA, one of the family members said the man, described as being white and in his mid-to-late twenties or early thirties, continued to make repeated reference to “Islamic terrorists” even when the white woman next to him did say that “not all Muslims are terrorists” but he continued with the rants.

They added that they would not report the incident to the police as they did not feel intimidated but, instead, to raise public awareness.

The incident occurred on the evening of August 16 in the Old Kent Road area.

Tell MAMA continues to document how anti-Muslim and Islamophobic abuse, threats, forms of discrimination, and in cases, violence harm the mobility of Muslims when using public transport.

Due to the overlap between the offline and online world, we continue to urge the public to report harmful and racist content on social media to our service, given our trusted flagger status across all major social media platforms that grants us prioritised flag reviews and increased actionability status.

South Yorkshire Police recently arrested a 42-year-old woman in the Sheffield area. They questioned her about malicious communication and racially aggravated public order offences about the tragic death of five-year-old Afghan refugee Mohamed Munib Majeedi – as questions remain about the suitability of the hotel to host refugees.

Acting Detective Inspector Lee Corker said: “I would like to remind people that comments made online can have serious consequences.

“Hate speech or hate crimes will not be tolerated in person or online and will be dealt with robustly by officers.”