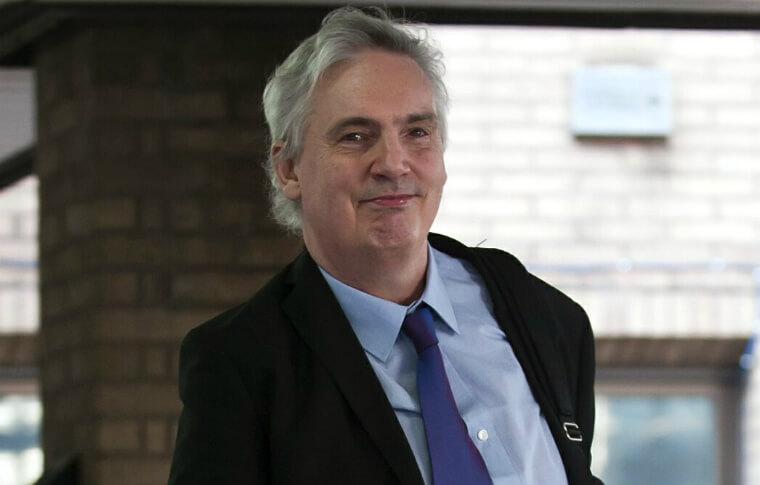 For over 4 years, Timothy Martin Burton, harassed and intimidated the founder of Tell MAMA whilst using extremist far right networks to post up material targeting the faith of the founder. Details of the harassment that our founder suffered can be found HERE.

Timothy Martin Burton started off his ‘journey’ into far right extremism through the targeting of the then Director of Tell MAMA, Fiyaz Mughal, after he read an article in 2013 where Mughal was quoted within it. What transpired was a 4 year systematic campaign of harassment that led to Burton becoming a focal point for anti-Muslim haters and far right extremists from Australia through to the United States. Supporters of this individual also ended up being Pamela Geller, who was banned by the Home Secretary in 2013 from entering the United Kingdom. Her entry into the UK was regarded as “not being conducive to the public good.”

Burton went onto develop friendships with other far right conspiracy minded individuals and aided in supporting numerous blogs, statements and race hate material against Mughal, including ones that are currently being investigated. His targeting of Mughal was conducted through the Internet and was done underneath the Twitter pseudonym of ‘Catstrangler101’. The initial targeting in 2013 through this anonymous pseudonym meant that identification became a problem leading to the involvement of an external investigation company which identified the Twitter user as one Timothy Martin Burton from the West Midlands.

The interview notes after the arrest of Burton show a man who was exhibiting far right nationalist views and the interviewing notes said:

“He (Burton) stated that he has had long standing views about, as he terms it, the encroachment of Islam on the indigenous British population and how their needs are pursued to the detriment of society. Burton accepted in hindsight that he should not have sent the tweets and he would apologise to the victim.”

That apology was not to come.

In 2014, Burton was acquitted of material that was sent to the founder of Tell MAMA which involved calling him a ‘Muslim scumbag” and of promoting ‘Taqiyya’ – a concept used by far right extremists to suggest that Muslims lie to take over the State and to promote Sharia and the spread of Islam. Framed as the ‘Taqiyya’ trial by far right extremists and activists of the divisive anti-Muslim group, Liberty GB, Burton became emboldened and far right blogs consistently pumped out this term and tagged on the concept to Mr Mughal, thereby further adding insult against his faith identity. These aggressive, anti-Muslim and hateful messages continued for years through a range of blogs and sites in the UK and internationally.

Throughout Burton’s activities and the targeting of Mughal, there was ample evidence of a Muslim hater who was becoming more emboldened and extreme in his views. His initial anonymous tweets to Mughal in 2013 copied in the far right English Defence League and he also had the following text in his tweets:

“Hey Kuffar? Fed up of Islam? Don’t like your Muslim neighbours? Mosque in your area causing a problem? Call 1-800-DRONE-STRIKE – now.”

A video clip on his Twitter account showed a Qur’an burning ceremony with the following text attached to it – “I love the sound of Muzzies heads exploding in the morning.”

Burton then went onto try and build a career for himself through his affiliations with the anti-Muslim Liberty GB group that we have highlighted before. He even decided to run as the political candidate for Liberty GB in the 2016 General Elections for the Birmingham Ladywood seat, gaining only 200 votes. His campaign was based on how he had ‘stood up’ against Islam and how he had ‘won’ against Mr Mughal, a divisive position that no doubt, went down badly in the eyes of local voters, meaning that Liberty GB lost their deposit. Burton even titled himself the ‘Press Officer’ for Liberty GB where he turned up on the far right ‘Pegida’ radio station where he moaned about Muslims and Islam.

Burton however, who now felt that he had a purpose to what was an insignificant life in the public domain, relished his new found notoriety, though it was only a matter of time before he crossed a criminal threshold. This was to happen in 2017.

We have previously highlighted other key officers within Liberty GB, namely Paul Weston, who notoriously said after the murder of Lee Rigby in 2013 that ‘we are losing a racial war, we are losing a cultural war‘. He claimed that you would find ‘no white people in Tower Hamlets’ due to rising demographics of non-whites and Muslims.

In response to accusations of racism, Weston responded “If I want to avoid a civil war happening in my country, I am prepared to accept being called a racist“.

Weston quit Ukip after Lord Pearson stood down as leader. For him, the party would take a soft line towards Islam under Nigel Farage. He wrote in 2012 that “I think Islam will cause even more death and destruction in Europe over the 21st century than Nazism and Communism caused over the 20th century”.

Buckby’s toxic comments have previously been highlighted by us within Tell MAMA. Recently, Buckby told NUS campaigner Barbara Ntulmy “I hope you don’t get raped” in reference to Syrian refugees on Channel 4 news. However, his actions before and after the murder of campaigner and Member of Parliament, Jo Cox, have been the most revolting of statements from him.

Buckby stood in the Batley and Spen by-election after the murder of Jo Cox and months before the by-election tweeted out the following:

“Jo Cox was complicit in the rape of young girls throughout Yorkshire and beyond.”

In his own words: “nationalism is the cause we need to fight. The issue we’ve got is that young people do not associate with the word. So, as long as we keep the ideology it doesn’t really matter what word we use. Obviously, it’s all about spin.” Adding, that the language of ‘culturalism,’ which is ‘already important’ to nationalism, would help get young people involved with groups like the BNP.

When a student at the University of Liverpool, Mr Buckby tweeted a poster warning against sex with ‘intravenous drug abusers’, ‘bisexuals’ and ‘blacks’.

A now-deleted tweet from 2014 read: “Today is Holocaust Remembrance Day. Please take time to remember those who were killed at the hand of fascism & hope Islam can’t do the same.”

In recent years, his incendiary rhetoric on Islam and Muslims has not changed. Further, he has made highly offensive and extreme comments about the LGBT and Jewish communities as well, yet Channel 4 gave him a platform to air such views without informing its audience effectively about his extremist ideology.

Burton Starts Up His Activities Again in 2016

True to form, Burton was back on the scene and started his harassment of the Founder of Tell MAMA in early 2016. He harassed Mr Mughal when Tell MAMA posted a job vacancy for a Caseworker for the national hate crime project. In a blog he caricatured the face of Mughal, copied in Liberty GB activists and other far right networks and suggested a toast to Mr Mughal with a ‘bacon sandwich’. He gloated in ‘winning’ his case and all the while e-mailing from an account entitled, ‘Freedom Lovin’ Infidel’ – a reference to so-called self-styled ‘Counter-Jihadists’ who target Muslims by enlarge. He repeated the term ‘Taqiyya’ on many occasions and also linked in the notorious ‘Gates of Vienna’ blog into his correspondence. He was now a fully fledged anti-Muslim far right activist.

In one e-mail, Burton stated the following:

“I forgot to thank you for passing my communication onto the Middle East transgender organisation. I thinks (sic) that it’s wonderful that you have such an enlightened group that supports persecuted minorities in this way.

It’s such a welcome change from the backward, misogynistic seventh century attitudes that we have come to expect from the followers of your ideology.”

Bizarrely, as a key witness Burton’s defence called one Sami Aldeeb to talk about the concept of ‘Taqiyya’. Aldeeb’s tweets include material showing the Qur’an with statements saying,

“This is a declaration of war against you, your family, your friends, your values, and everything that is precious to you.” At the previous trial, Burton’s defence relied on a member of Geert Wilder’s political party.

On the 30th of March 2017, after a 4 year campaign, Timothy Martin Burton was found guilty of the religiously aggravated harassment of Fiyaz Mughal. A 4 year campaign that saw him being found not guilty, use language that few understood the impacts of, engage with far right extremism and ultimately lead him into the docks at Southwark Crown Court.

It was the persistence and tenacity of the founder of Tell MAMA, with the hard work of the Crown Prosecution Service and the MET, which led to the conviction of this far right extremist. The statement from Fiyaz Mughal, can be found below:

“I am relieved that the jury have seen this for the criminal conduct it is. For the last four years I have been subjected to a long running hate campaign at the hands of Mr Burton. I have received unacceptable abuse which has no place in modern day Britain. The outcome of the trial sends a very clear message – racial and religious abuse is completely unacceptable and is punishable by law. It also sends a message to far right activists who break the law in targeting people through religiously aggravated harassment. You will not succeed and you will be held accountable for your actions within the laws of our land.

There is also a message for Islamist extremists and those who perpetuate an Islamist narrative of the State being against Muslims or Muslim rights not being protected. This result corrodes your toxic narrative that holds back some Muslims from reporting in and accessing justice and your manipulation of our fellow British Muslim citizens against the State and its structures, is challenged by this ruling. The legal system works for all.

For others suffering from similar abuse, my message is very clear: report any racial and religious abuse you receive to third party hate crime agencies like Tell MAMA and to the police because this behaviour breaks the law. This judgment also sends a very clear message to social media companies, which have been extremely slow to monitor and curb this type of activity, that they have a responsibility to act to ensure their platforms are not used to break the law.”