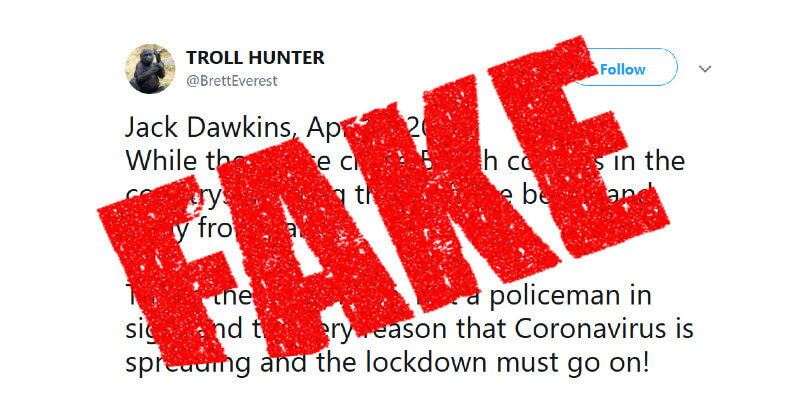 The video, which claims to show the police ‘ignoring’ long queues outside of a cash & carry store on Romford Road, in North-East London on April 17, first appeared online a month earlier, on March 17 – six days before the prime minister Boris Johnson announced strict lockdown measures.

Others have attempted to use footage filmed on April 14 at the same location to stoke racial tensions. 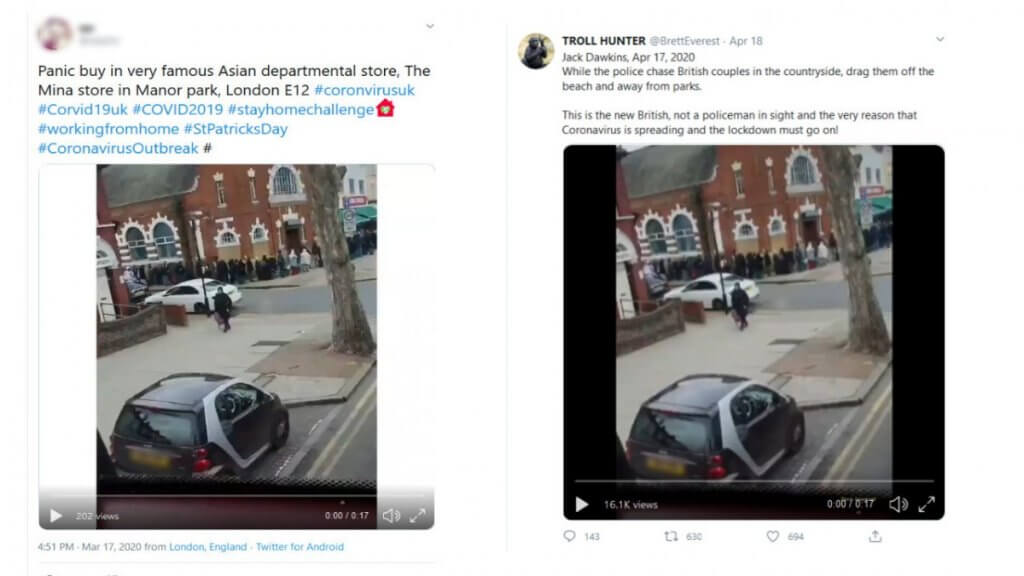 We compared both videos, revealing that the tweet on the left, was taken on March 17, six days before the lockdown was introduced. On the right, is from a far-right user, using the same video to claim that it was filmed on April 17.

On the evening of April 17, the re-purposed content shared from the Twitter and Telegram accounts of a far-right activist which had gained over five-thousand views on both platforms, dwarfing the 202 views of the original video, which had reflected a moment in time when panic buying made headlines nationally.

On Twitter, the far-right @DawkinsReturns account, shared the re-purposed video with the caption ‘Social Distancing?’ but on Telegram, however, used racialised language to describe the minority ethnic groups featured as the ‘new British’. This user has previously shared anti-Muslim and far-right conspiracies on Twitter, including accusing a Muslim woman of ‘taqiyya‘ and sharing a video discussing demographic change captioned “Britain first live talk on demographics and the great replacement theory.”

Other Twitter accounts would copy the text of this Telegram post, and when combined, had gained almost two-thousand retweets, as the video gained over 50,000 views from both posts.

Tell MAMA continues to urge Twitter to revise its policies and allow users to report tweets designed to mislead and stoke racial and religious hatred. Academics have made similar arguments and warnings.

This problem has intensified during the lockdown, as Tell MAMA has highlighted other examples in recent weeks. Nor is the issue isolated to the UK, as viral falsehoods have gained traction in the United States and India.